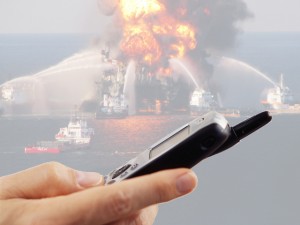 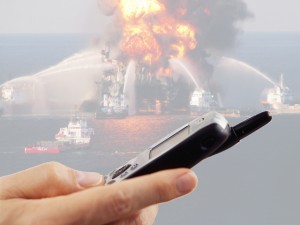 As businesses have evolved and grown, so have the ways we communicate. It is no longer as simple as a letter, meeting, or a phone call. We send emails, have video chats, communicate with instant messages, and send text messages at an exponential rate. Have you ever stopped to consider how your company would respond to a preservation letter or discovery request covering every communication device in the company? More importantly, have you ever considered how effective your response would be?

In April, the first criminal charges were handed down in connection with the 2010 BP oil spill. Interestingly, they are not related to any of the acts that led to the explosion. Rather, they relate to the failure of a BP engineer to preserve text messages related to his observations following the explosion. This engineer is now charged with criminal obstruction of justice. The facts that led to these charges are summarized here.

It is times like this where we have the opportunity to learn from others mistakes. Reevaluate how communications between employees, management, and customers takes place in you environment. Determine from your legal counsel if new policies need to be written for maintaining emails, text messages, and other forms of communication and for how long. Finally, identify a consultant who can help collect this data should the need arise.

Carrie just told our Newscast unit that Mix has been charged with obstruction of justice for allegedly deleting text messages after the spill. The texts were related to the amount of oil gushing into the Gulf. Mix will make his first appearance in court today.

Carrie adds that there has been an expectation that criminal charges would be brought against individuals, but this is the first person charged since the spill happened two years ago.

These are preliminary charges and a law enforcement official says there are more charges to come, Carrie reports.

The Justice Department has now made the arrest and charges public, issuing a press release on its website. Essentially the Justice Department claims that Mix, who at the time was “a drilling and completions project engineer for BP,” deleted hundreds of text messages even after he was notified that he was legally obligated to preserve them.

In one instance on Oct. 4, 2010, Justice claims that Mix allegedly deleted about 200 messages exchanged with a BP supervisor. In it, Mix admits that a maneuver called Top Kill, in which BP injected heavy fluids into the well to try to stop the flow of oil, was failing.

“Too much flowrate – over 15,000,” one of the text messages read, according to Justice, which also said some of those messages were recovered forensically.

The Justice Department says if Mix is convicted of the charges he faces a maximum penalty of 20 yeas in jail and a $250,000 fine for each of the two counts of obstruction of justice.