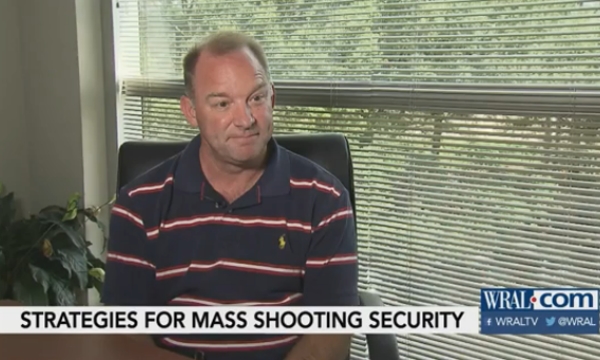 Raleigh, N.C. — Raleigh police are combing through evidence, including 911 calls and security tapes, from Crabtree Valley Mall in an effort to determine what happened Saturday afternoon in the food court.

The sound of gunfire inside sparked panic and sent everyone running out of the mall with their hands up.

“I would rather see people run than not run,” said Jerry Blanchard, the chief executive of Protus3, a Raleigh firm that works with companies to improve security. “If there is a question, move.”

Blanchard’s group has worked with Crabtree Valley Mall before and says all companies need to create an emergency plan to de-escalate potentially dangerous situations.

“Get patrons to a safe environment. Clear the building quickly, as quickly as we can. Then, open it back up,” he said.

Blanchard said that, after the response on Saturday, it was clear Crabtree Valley Mall had a plan.

“I think they did a good job. That’s a massive mall, and that’s a lot to clear,” he said.

The mall does have a police force, but the officers do not carry guns.

“It requires a tremendous amount of training in order to have a force that is armed,” Blanchard said. “So, we have to be careful of how we would recommend that solution to just anyone.”

Police never found a gunman, any wounded victims or even shell casings after hours of searching on Saturday, however, and despite widespread reports that investigators removed a piece of ceiling with holes in it, authorities say it’s unlikely there ever was a shooting.

The mass shooting protocol is run, hide and then fight, only if you have to, he said.

Crabtree Valley Mall was closed following the incident, but has since resumed normal hours.