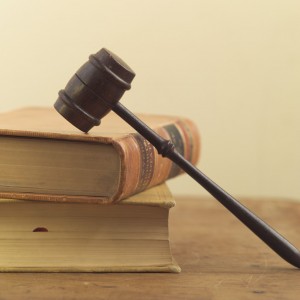 Earlier this month, the U.S. Department of Education (DOE) announced that it would launch its own investigation into the now infamous Penn State football scandal. This investigation will focus on whether the university failed to comply with the Jeanne Clery Disclosure of Campus Security Policy and Campus Crime Statistics Act (the Clery Act) – the federal law which, among other things, requires colleges and universities to accurately disclose the number of crimes that occurred on campus each year.

Although much of the media attention has focused on the knowledge of Joe Paterno and others associated with the university, an equally important question – at least from a Clery perspective – is how DOE will view Sandusky’s own knowledge of the crimes he is alleged to have committed.

Those familiar with Clery will recall that a crime is “reported” for Clery purposes – and, therefore, must be included in the institution’s annual crime statistics – when it is brought to the attention of local law enforcement, campus police or a “campus security authority” (CSA). Clery defines a CSA as any university official who has “significant responsibility for student or campus activities.” According to DOE, athletic coaches are specifically included within the list of officials deemed to be CSA’s.

The grand jury indictment alleges years of repeated sexual assaults and abuse, both on and off campus, while Jerry Sandusky was employed as a football coach for the university. As a CSA, Sandusky was required to document and report all incidents of on-campus crime brought to his attention. Moreover, because of Sandusky’s status as a CSA, the university is deemed to have had knowledge of all of these incidents, whether or not Sandusky reported them to anyone. In sum, if any of the allegations of on-campus assault are ultimately proven, the university could be sanctioned for not including these offenses in its annual crime report, even if no other university official – other than Sandusky – had knowledge of their occurrence.

Clery authorizes civil fines of up to $27,500 per violation for misrepresentations of the number, location and nature of crimes reported. DOE’s enforcement history indicates that it takes such violations seriously: In 2004, DOE handed down a then-record setting penalty of $250,000 against Salem International University for under-reporting campus crime over a two year period, including the failure to report five sex offenses. Three years later, DOE set a new record when it issued a $375,000 penalty against Eastern Michigan University for seven violations occurring over a three year period. Given the scope of conduct alleged in the indictment, should DOE find violations, Penn State could face unprecedented sanctions.