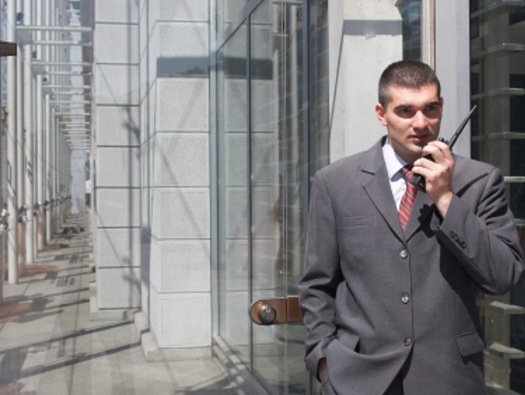 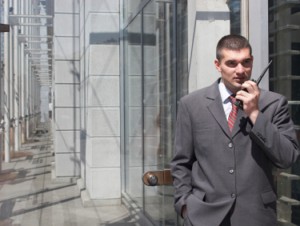 The human component of an integrated security plan can be in one or more of several forms. These forms become choices that need to be addressed depending on the mission, environment, culture, population, and security philosophy of the organization and specifically the site to be protected.

Whether or not to put security personnel in a distinctive uniform is one of the most obvious choices. There are a number of internal and external factors that may be considered. A uniformed security officer is readily recognizable as serving in the security role. In our culture, we are accustomed to seeing uniformed police and security personnel on a routine basis. The presence of uniformed officers suggests significant guardianship at the facility and presents the functional equivalent of defensible space, even in the absence of defined perimeters.

Two positive attributes attach to the use of the uniform. First, there is an obvious deterrent effect in having such an officer, which by suggesting guardianship may very well deter a crime or action at the protected site and shift the perpetrator’s focus elsewhere. Second is the positive effect on the protected population in that the recognized presence typically increases their sense of well being and an associated increase in compliance with security procedures and their identification with the security program. The uniform also contributes to organizational identity within the security force, an identity link to the institution, and, ideally, to esprit de corps among the officers.

There are various operational security roles that are performed away from public view. Certainly, it is not essential that these roles involve the wearing of a uniform, so long as there is no public exposure, such as a security console operator. Plain-clothes personnel are able to move about the facility without undue attention from either the population or the outside public which may be an advantage in an investigation or targeted security operations. The role of the security officer is first and foremost to observe and report, which arguably may be conducted with or without a uniform.

What are the other decisions that must be made?