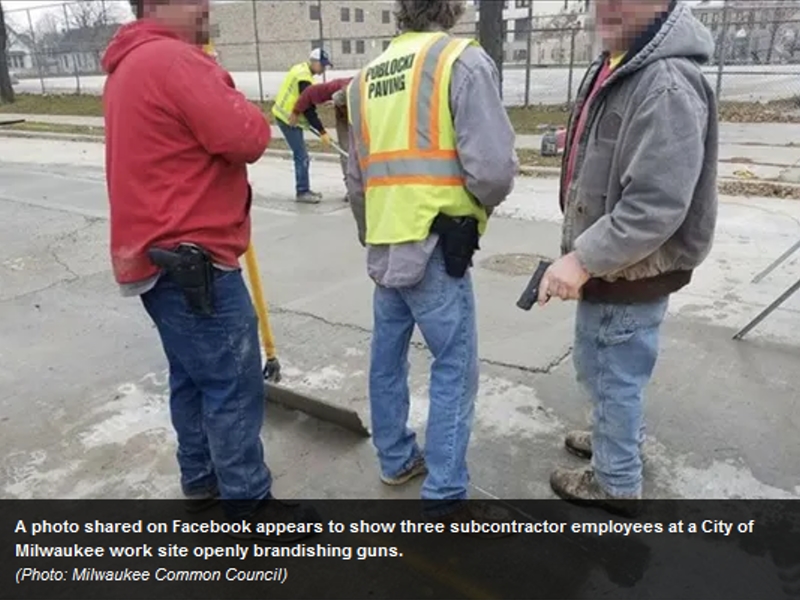 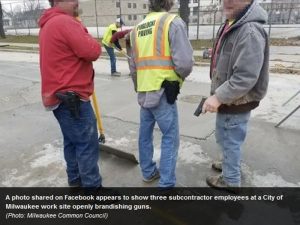 Concealed Carry in the Workplace: A Question of Risk Versus Reward

No matter how you interpret the Second Amendment, there are few, if any, hot button issues that raise more passion and stoke the fires of liberty infringed like the right to bear arms. Many have called for increased gun control, to include a ban on assault style rifles, universal background checks, and a national firearms registry. Others advocate for fewer restrictions on law-abiding firearm owners’ ability to carry concealed firearms in the workplace and on public property. Their argument is that the presence of law-abiding gun owners may prevent or interrupt an act of violence, thereby averting mass casualties and saving lives. The issue has been, and remains, a polarizing and divisive force throughout the nation.

As workplace violence escalates both in numbers of occurrences and severity, employers face the real dilemma of how to protect the workplace without turning the office, factory, or warehouse into an impregnable fortress. Regardless of our individual beliefs on such a sensitive topic, employers must objectively evaluate their position with regard to firearms soberly, responsibly, and comprehensively, while prioritizing safety, risk management, and basic constitutional concerns.

Each state’s laws are different, so we limited our research to North Carolina. As always, our standard warning applies. We are security experts, not legal experts. Please check with legal counsel about your specific situation.

The most applicable limitation with regard to private employers would be the private property provision under NCGS 14-415.11(c)(8):

Consumption of alcohol and use of controlled substances can also invalidate any permit and make it unlawful to possess a concealed handgun. Finally, there are specific requirements for permit holders when they come into contact with law enforcement.

With respect to the private premises or private property limitation mentioned previously, North Carolina law recognizes that most workplaces will fall into this category. The law grants broad authority to employers and property owners to prohibit firearms and weapons in the workplace. Per state statute, conspicuous notice is a key element of banning concealed handguns on private property. Signage and other types of posted notifications are the accepted standard.

However, there are no requirements relating to contents, wording, size of sign, placement locations, or similar attributes. Note that the statute also allows for verbal notification by a person in legal possession or control of the premises. It can be one form or the other, and there is no legal requirement for property owners to both post and state the message. (Read more about the requirements here.)

Many states have enacted “parking lot” laws that prohibit or discourage employers from restricting firearms stored in employee-owned vehicles while parked on the property of the employer. Although the details of these laws vary from state to state, they generally prevent employers from prohibiting employees from storing firearms in their personal vehicles when parked on the employer’s premises. However, current North Carolina law does not afford any such protection to permit holders who opt to store handguns in their vehicles while on the employer’s property. Therefore, employers can extend the ban to include employee-owned vehicles on the property of the employer. This is discretionary on the part of the employer.

North Carolina General Statutes do not entitle employees to secure firearms in their vehicles. Employers and property owners retain broad authority to prohibit the practice. In the absence of a policy clarifying the employer’s (or property owner’s) position on the possession of firearms, employees may be allowed to carry firearms consistent with federal and state law.  As a result, if the employer (or property owner) wishes to impose any restrictions, it would be important to develop a policy addressing the possession of weapons, including firearms, on its premises, inclusive of parking lots. In conjunction with any policy prohibiting firearms and weapons, property owners should use conspicuous notice conditions as mentioned in the opening paragraph. Property owners typically accomplish this through signage, like the example shown.

North Carolina law makes an exception for permit holders storing handguns in their vehicles on educational or school property. Of course, this exception does not override other federal and state laws. For example, they do not allow a permit holder to carry a firearm in locations prohibited by federal law.

Pursuant to the Occupational Safety and Health Act (OSHA), federal law requires employers to provide a place of employment that is free of recognized hazards to employee safety and health. There is no outright affirmative duty to prevent workplace violence. Nonetheless, the General Duty Clause requires employers to take steps to reduce the risk of harm in some cases where it is sufficient to be a recognized hazard.

Employers must guard against “assuming a duty” to protect employees. Allowing employees to carry concealed handguns could be viewed in that manner under certain circumstances.

For example, an ad hoc group of concealed carry permit holders could be interpreted as a “security force”. If a workplace shooting occurs, assume that those employees permitted to carry firearms at work either fail to stop the shooter or injure another individual in the process. In that situation, an injured person may argue that the employer assumed a duty to protect them when it allowed employees to carry firearms at the workplace.

Employers must also be wary of creating or inducing a workplace hazard by allowing concealed carry by employees. If an employer allows concealed carry, and someone accidentally discharges a firearm and injures or kills a coworker, for example, the employer could be liable for multiple fines and penalties under OSHA.

From a civil liability standpoint, the employer could be sued in tort or under workers’ compensation laws by an injured employee, third party, or an injured person’s family.

An employer could conceivably even face criminal implications should something go awry.

There are a number of risks, hazards and perils associated with allowing employees to carry concealed handguns.

There are a number of legal considerations that may raise liability issues for the employer.

Arguably, there is perhaps only one undeniable justification to even consider allowing concealed carry in the workplace. What if an armed employee could interrupt or end an active shooter situation?

Employers must balance the likelihood of an active shooter against the seemingly higher odds of it never taking place. Employers must then consider all the daily opportunities for accidents with armed employees on the premises and in the field.

Finally, employers must take into account that insurers may consider the employer too risky. They may no longer provide liability coverage or substantially increase premiums. In the end, for most employers, allowing concealed carry in the workplace will not pass the risk versus reward test.

No employer should infringe upon the constitutional rights of an employee. Employers need to be respectful of their employees’ opinions with regard to concealed handguns in the workplace. However, the right to bear arms is not usually protected in the private sector. Therefore, employers have broad authority to impose restrictions on firearms in the workplace, including parking lots. Absent North Carolina law to the contrary, these restrictions would, and should, include concealed carry permit holders.