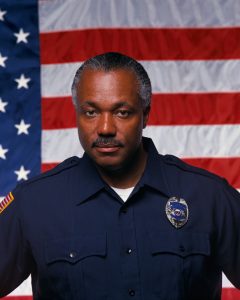 During “normal” times the police generally control the masses because the masses allow that control. Or to put it another way, the public allows law enforcement to do their jobs. Thus the delicate balance and fragile trust relationship is born.

These are not normal times! Just consider that within the framework of racial strife, societal unrest, police misconduct, political polarization and rudderless leadership, there is a pandemic that has crushed our economy, left millions unemployed, and over 170,000 Americans dead! People are restless, edgy, nervous, frightened and conflicted….all with good reason.

Policing during the best of times can be thankless, difficult, challenging and even deadly. What about during periods of discord, disharmony and divisiveness? Or a pandemic? Or during periods of social upheaval, large protests and civil disobedience that fuels violent resistance to authority?

The police, and law enforcement in general, have been placed into an untenable position. One night, a cop is dodging projectiles and balloons filled with urine while trying to preserve order during protests conducted under the appearance of a legitimate societal issue. (However, all too often bad actors hell-bent on sowing seeds of violence and discord hijack the protests. This delegitimizes the initial reasons for the protests and leaves the public confused as to what is actually occurring in the interest of social justice.) The next night, the same cop has to confront the person who refuses to wear a mask at the store claiming it is their “constitutional right” to refuse. It is no wonder that the police are becoming risk-averse and a bit bewildered by the turn of events.

When dealing with large crowds protesting volatile issues that involve passion and emotion, there exists the concern of the participants becoming angered or unruly. This can fuel the “mob mentality”. There may be agitators (think bad actors) within their midst stoking the fires. The actions of law enforcement may even be perceived as provocation. The reasons are many, and when violence erupts, the reasons may not always be clear. The point is the tenuous nature of dealing with such groups. When the tipping point is reached and the situation is lurching out of control, chaos, including riotous conduct, can result. Maintaining or regaining control of a crowd can be beyond the capability of law enforcement in most conventional circumstances.  That is why the right to peaceably assemble is so important.

The 1st Amendment reads as follows:

Congress shall make no law respecting an establishment of religion, or prohibiting the free exercise thereof; or abridging the freedom of speech, or of the press; or the right of the people peaceably to assemble, and to petition the government for a redress of grievances.

The key term is “peaceably”. Whether you are willing to acknowledge it or not, protestors and demonstrators wearing backpacks filled with rocks and carrying frozen water bottles, bats, sticks, lumber, and all other manner of potential weapons and projectiles are not too concerned with the right of the people peaceably to assemble. In a few cases, they appear to be better equipped and outfitted than the police! There is no constitutional protection for engaging in violence and mayhem under the guise of a “peaceful protest”.

The fact that some states allow participants to openly carry and display firearms during protests and demonstrations remains controversial. When demonstrators add firearms into the situation, it just seems counter to the whole “peacable assembly” right that the founding fathers had in mind. North Carolina law prohibits possession of dangerous weapons during demonstrations under NCGS 14-277.2:

While the statute seems clear and unambiguous, it can become a sticky wicket when it comes to enforcement. The police may have strategic reasons to exercise discretion due to public safety or other factors.  The event or situation itself may not qualify as a demonstration or be subject to interpretation. The statute does not define the term demonstration and there is currently no appellate case law or rulings that apply. Therefore, in certain cases, there may be some question about what qualifies as a demonstration under peaceful and non-violent circumstances. However, there is no such question when a demonstration involves violence, destruction of property, vandalism, trespassing, threats, or assaultive behavior. The following hyperlink provides an informative and current discussion on the matter from the UNC School of Government. Demonstrating With Guns: G.S. 14-277.2

The police seldom have any type of numerical superiority when confronting large groups of protestors or demonstrators. The numbers are typically not there for the police and law enforcement in most situations, and leaders recognize that very fact.  They rely on their presence, tactics and training to induce willful compliance and peaceable assembly.

If the situation deteriorates to an unlawful assembly or riot, the use of chemical agents and non-lethal munitions has been the accepted practice. The results have been mixed and not without controversy. Using “overwhelming” force is typically not an option. After all, it has been use of force issues that have been the driving force behind many of the protests. Nonetheless, it is reasonable and prudent to conclude that violent conduct may very well have to be met with violent conduct. Violence begets violence. By their very nature, persons engaged in riotous conduct are not going to be compliant and willingly submit to a lawful arrest. Force will be required and can escalate to the point where injuries and deaths may occur.

What about mass arrests? If multiple agencies respond to an event in sufficient numbers is there an opportunity to carry out mass arrests? That depends. Most agencies do not train together in crowd control tactics. Their approach, methods, tactics, policies, and objectives may not all be in line from agency to agency. Command and control can be an issue. During a riot, there would seem to be no better time for clarity of the mission as the consequences of police actions, or inactions, can prove both fatal and fateful.

It is a daunting challenge that offers no viable enforcement options except in limited circumstances, and even then, requires precision and coordination, which in itself may prove difficult due to the involvement of multiple agencies. Factor in the guerrilla war tactics of the bad actors embedded with the legitimate protestors and it becomes nearly impossible to identify and isolate the criminal element within the crowd.

Even with support from the National Guard, the mechanics of controlling, arresting, decontaminating, processing and incarcerating hundreds or even thousands of persons would overwhelm the system and generate a ripple effect felt throughout the entire criminal justice system. It would come at great cost with injuries and deaths likely on both sides. This during a time when the police already feel under siege from multiple fronts and in the midst of a pandemic. A sustained effort over a period of days due to recurring protests could deplete already beleaguered law enforcement resources and potentially jeopardize public safety throughout entire cities.

The military is used to dealing with deficiency in numbers. They take great pride in offsetting this disadvantage through the use of tactics, training and superiority in technology and firepower. Civilian law enforcement can rely upon tactics and training to a certain extent. Technology may have a limited role with some forms of non-lethal devices and crowd control agents. Firepower is not an option.

Absent any other viable alternatives, this may be one of those seminal moments when a paradigm shift is the best course of action. Maybe it is already in motion as law enforcement disengages and adopts tactics that place more importance on the preservation of life over the preservation of property.

As we’ve said before, our clients (and others) should plan and prepare to protect their assets. Protus3 can help. Whether it is conducting a security assessment to determine gaps and vulnerabilities or reviewing security plans for application to the current risk environment, we stand ready.

Do you have employees engaged in protests or demonstrations? They have a lawful right to do so peacefully under the protection of the 1st Amendment. That right should not be infringed upon by an employer. However, employers can safeguard their brand image and reputation by restricting employees from wearing work clothes or apparel displaying company names, logos, or images.

Employers can also restrict employees from engaging in any protest activities on company time. Employees engaging in active and constructive dialogue about current events within the workplace can be beneficial. However, employees fomenting unrest in the workplace can lead to a host of issues. From both a legal and security perspective, do you understand the differences and how to address them?

What can you do if your company or business is the subject of a protest or demonstration? Call the police? Absolutely. Do you have a plan beyond the police? Protus3 can help. After 33 years in the business, we remain just as excited, committed and passionate about what we do for our clients as if it was day one. Risk is our business.