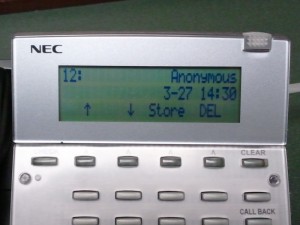 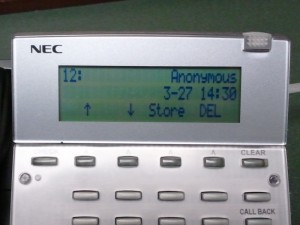 These kinds of phony calls have existed for years, but the sophistication has increased to combat our increased vigilance. Use the same cautions that you would use when opening an email that appears to be from your bank or other institution. When you receive a call or email from your bank, the safest course of action is to initiate the contact with the bank yourself. If a caller claims to be from your bank, do not provide account information or identifying information. Instead, thank the caller, hang up, and call the bank directly. Do not rely on a number provided to you by the original caller, as this could be false information. If you need the number, most banks print a customer service number on debit and credit cards, and all banks list contact information on their website. Use those sources to initiate contact with the bank to determine if there is actually a problem.

What if your caller ID showed an incoming call from your bank, but it was really from criminals posing as your bank? That’s what’s happening en masse, with a major surge in voice-call phishing, or vishing, attacks in the second half of 2011.

A new report from enterprise anti-phone fraud firm Pindrop Security found a 52 percent increase in vishing attacks in the U.S. between July and December 2011. There were 124,258 phony calls reported by banks in July, and some 189,439 in December, according to the report.

The numbers even surprised Pindrop, which had caught wind of such incidents from its enterprise customers. “The sheer breadth of these phishing incidents surprised us, and volume was increasing rapidly. We had an indication that a significant number of incidents was happening, but we didn’t realize how quickly it was progressing” until we actually measured it, says Vijay Balasubramaniyan, founder and CEO of Pindrop Security.

According to the report, the top five U.S. banks were all targeted by vishers, and 30 of the top 50 banks as well. The attackers’ weapon of choice: voice-over-IP, which accounted for 57.6 percent of the phone fraud attacks, followed by landline phones, 37.4, and then mobile, 5 percent.

The proliferation of VoIP has contributed to the rise in phone fraud, Balasubramaniyan says, as has the increased security of online banking systems. “Attackers move to the weakest link,” which is posing as a bank and asking the caller to provide his banking information over the phone, he says.

Attackers basically automate scripts to dial multiple people and, like any mass phisher, cast a wide net that ultimately catches a few unsuspecting customers of the bank they have spoofed. The attackers can download CallerID software that allows them to show whatever phone number they want to, Balasubramaniyan says.

“They are targeting both consumers and businesses. The end goal is to steal money — get identity information and then convert it to cash,” he says.

How do they select their targets? It’s actually quite simple: They start with the area code and exchange for a particular region and blanket-dial a group of numbers, Balasubramaniyan says. “They do blanket calling and hope you are a bank’s customer.”

While most of these attacks are asking victims to provide their credit card or other account information, others are using actual credit card codes to dupe customers. They may use the digits that a specific bank uses for its credit cards as a lure, for instance, using “your credit card starting with the numbers 123,” for instance.

“Then they could see who’s falling for it, and that will start leading them to which areas bank with which banks more, and they can start spear-phishing customers,” for instance, Balasubramaniyan says.

So who’s behind these attacks? Pindrop says these are large criminal gangs. The company’s honeypot has collected around 300,000 phone numbers used by attackers, and one of the biggest gangs operates with 4,000 different phone numbers.

Even so, vishing is still nowhere near as widespread as phishing. “I would say give it time,” Balasubramaniyan says.