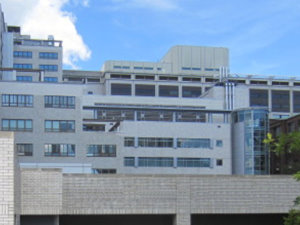 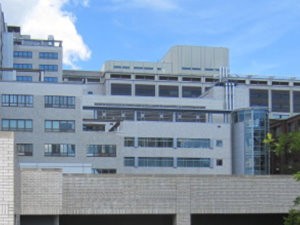 In summer 2013, the International Healthcare Security and Safety Foundation (IHSSF) tasked a small group of members to develop a hospital Crime Survey based on a common metric regardless of the number of participants or size of the facility.

The goal of the Crime Survey was to create measurable and trending data based on three different denominators – bed count, average daily census, and square feet. These indicators, combined with the crime data would then provide a framework in which future Crime Surveys could be conducted with consistency. Since the team was establishing this new framework for the survey with timing permitted, they were able to collect 2012 and 2013 data, which allowed an equivalent foundation upon which to base answers.

Survey results revealed that average daily census was either not completely understood as a metric or was not readily available to respondents. However, bed count and square footage corresponded so consistently that bed count was used for the common denominator.

The team agreed the most valuable and accurate questions would come from the basis of the FBI’s UCR (Uniform Crime Report), since these are national definitions and not based on an individual state’s penal code or a particular organization’s crime classification. Because the organization is international and there is a large contingent of Canadian members, a separate survey was sent to the Canadian membership with questions based on the Canadian Criminal Code. To further assure consistency in the survey, the team provided respondents with the UCR definition, along with a healthcare-related example.

Type 1: Violent acts by criminals, who have no other connection with the workplace, but enter to commit robbery or another crime.
Type 2: Violence directed at employees by customers, clients, patients, students, inmates, or any others for whom an organization provides services.
Type 3: Violence against coworkers, supervisors, or managers by a present or former employee.
Type 4: Violence committed in the workplace by someone who does not work there, but has a personal relationship with an employee – an abusive spouse or domestic partner.

Overall, the survey results showed a significant increase in violent crimes between 2012 and 2013 and a minimal increase in property crimes such as vandalism and burglary during this same time period. The greatest increase fell into the category of disorderly conduct and assaults. Respondents further provided the requested breakdown in types of violence for assaults. The Type 2 category accounted for more than 90% of all assaults.

While the number of this year’s survey respondents was higher than in years past, there is still room for improvement. The team believes that by establishing this basis of calculating crime rates on bed count and square footage, it will mitigate issues that can arise from the number of respondents or different hospitals responding year after year.

IHSSF promotes and develops educational research into the maintenance and improvement of healthcare security and safety management as well as develops and conducts educational programs for the public.