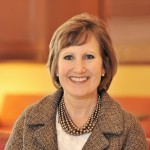 This article originally appeared in the Apr-May-Jun 2011 issue of The Beacon.

The NCMS Carolinas Chapter was formed to provide training and technical support to industrial security professionals in the North and South Carolina geographically. Since its inception, the chapter’s leadership has made a concerted effort to make the membership aware of philanthropic opportunities that support our “freedom fighters” and their associated communities. Each year members are encouraged to submit worthy organizations that are directly related to national security and members and their companies have generously donated and/or given support to the organizations individually and collectively.

In late 2010 the membership was encouraged to submit causes that they supported and the chapter voted to support the USO/NC and USO/SC organizations because of the work that they do that directly relates to the support of our “freedom fighters” and their families while they are traveling through or stationed in either state. The Carolinas have a long history of service and support of the USO. North Carolina is both the birthplace of the first base-centric USO and home of the longest running USO center in the world. 2011 is the 70th anniversary of the USO.

The NCMS Carolinas Chapter formed a Community Project committee in 2011 which is open to all members. Since February, the committee has been working together to develop potential revenue generating ideas to be presented to the chapter as a whole at the May 20, 2011 meeting. The two main ideas being researched right now, in addition to individual and company donations, are a raffle and a cookbook compilation compiled from family recipes donated by the membership, military personnel and their families. Additional ideas are encouraged and welcome and can be submitted to any of the chapter board members for consideration.

Some information to consider:

“USO-NC serves an average of over 300,000 troops over the course of a year in five centers across the state. Two travel-based centers of Charlotte Douglas International Airport and Raleigh-Durham International Airport host an average of 8,750 visitors per month. In these centers, USO-NC’s volunteer-driven Honors Support Team has performed over fifty plane-side dignified returns and aided nearly 700 family members of fallen service members over the course of a year. Two installation-based centers in Fayetteville/Fort Bragg and Jacksonville/Camp Lejeune serve an average of 50,000 troops and their families, providing assistance with Rack Packs, care packages, deployments and homecomings. A fifth USO-NC center is a mobile unit that travels statewide to support troops and their families in remote locations.” All monies stay in NC to support the troops.